Talaash! Which part of Mumbai do you want to see? 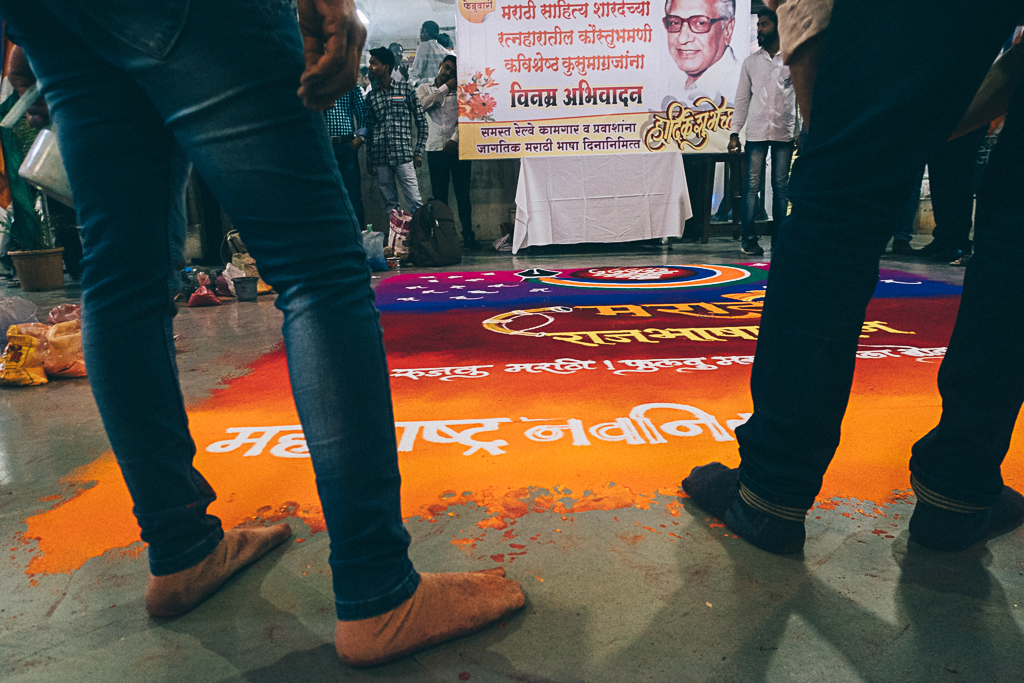 Marathi Bhasha Divas at CSMT by the MNS Railway Union. The symbol of the party is a Railway Engine (Steam) and the members feel a strong connect with the trains and its role in the city's growth I guess. 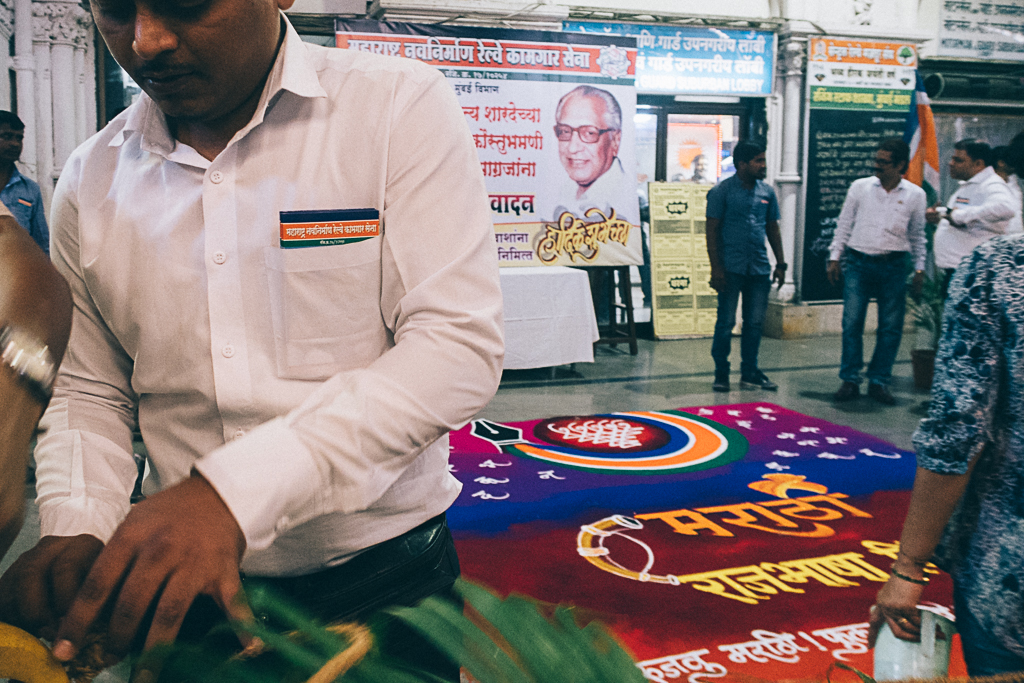 
The breast pocket reveals what's closest to our heart. Here, an MNS railway Union member proudly displays a booklet in party colours. The front shirt pocket is probably as important to Indian men and their beliefs as T Shirt with messages are many across the world. In the south of India, the members of the AIADMK use shirts with translucent pockets, through which we can see the photograph of their party's founder and ex-leader, J Jayalalitha. Members of different sects in India carry pens with images of their godmen which are placed in this pocket. The followers of Dalit leader Dr BR Ambedkar carry pens with images of him.